Hockeyland Canada will profile the top 10 NHL rookies each month by ranking them according to overall impact on their teams, and ultimately their chances to win the Calder trophy as the league’s best rookie, you can take a look at past winners  http://www.nhl.com/ice/page.htm?id=24931. To be eligible for the award, a player cannot have played more than 25 games in any single preceding season nor in six or more games in each of any two preceding seasons in any major professional league.  Furthermore, a player must not have attained his twenty-sixth birthday by September 15th of the season in which he is eligible.

1. Nathan Mackinnon – With Tomas Hertl out for the year, Nathan Mackinnon has taken over top spot in the race for the Calder trophy.  Leading all rookies in four categories including 20 goals, 40 points, 5 game winners, and 155 shots, its Nate’s race to lose.  Having registered 11 points in his last 7 games, this is merely the beginning of a prolific career on the horizon.  The great Joe Sakic knew what he was doing when he drafted this Cole Harbour native 1st overall in the 2013 NHL entry draft. 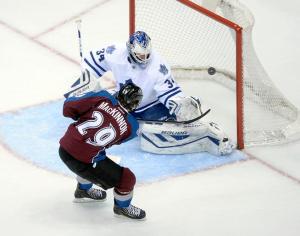 2. Tyler Johnson – An unexpected contender in the rookie race, this undrafted Lightning forward continues to elevate his game on a top Tampa Bay team.  January was Johnson’s best month yet, as it was highlighted by his first career hat trick against Mackinnon’s Avalanche.  With Steven Stamkos expected to return soon, Johnson’s production may fall a bit as he won’t have the benefit of playing on the top line with living legend Marty St. Louis. 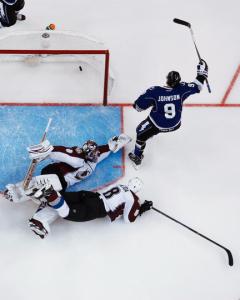 3. Mark Scheifele – Yet to appear on the rookie ladder, Scheifele has catapulted himself into contention with a pair of productive months in December and January.  Now getting top 6 minutes, Scheifele is third in rookie scoring with 32 points and a +8 rating on a resurgent Jets team.  Playing a key role on Winnipeg and his 200 foot game means Scheifele will likely be right there when 82 games are said and done.

4. Ondrej Palat – Another Lightning rookie on the top line, Palat has been streaky but his latest tirade on the league included 9 points over a 5 game stretch.  An impressive +20 rating has him in first among rookie forwards, and only behind Anaheim’s Hampus Lindholm for the overall rookie lead.  Despite his 180 pound frame, Palat makes sure to lay the body with 96 hits on the year, displaying his gritty skilled game. 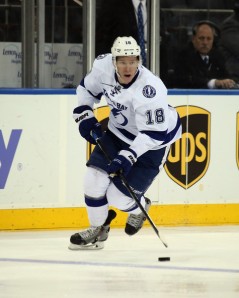 5. Torey Krug – Continuing to lead rookie defenseman with 12 goals and 30 points, Krug has kept up his offensive contribution with 9 points in January.  A big part of his production comes from his top power-play minutes and relentless firing of pucks on the net.  Krug seems destined to top 15 goals on the year, and may even take the goal scoring race among all NHL defenseman, not just rookies.

6. Tomas Hertl – Thanks to ligament damage in his right knee, this will be the last time we see Hertl on the rookie ladder barring a miraculous return.  Nevertheless, Hertl captivated Sharks fans with a dazzling array of moves at top speed that garnered him plenty of attention.  A shame to see this Prague native go down, as after his 4 goals in game 3 on the season, it looked like Hertl was a lock to at least be nominated for the Calder trophy.

7. Chris Kreider – Blessed with all the physical tools the hockey world has to offer, Kreider has had a tough time finding consistency despite lining up on the Rangers’ top line.  Kreider has gone pointless in 8 of his past 9 games, but still finds himself top 5 among rookies in points, plus minus, and shots on goal.  Still seeing over 15 minutes per game, Kreider has a shot to turn it around and climb this ladder once again.

8. Valeri Nichushkin – A torrid December had Nichushkin in the thick of the Calder race, but Valeri’s production and minutes have fallen off even though he still sees minutes on the top line.  This Russian man child is still finding his game in North America, but can be an unstoppable force when he has a full head of steam.  Add an impressive +16 rating for third among rookies, and its clear that Nichushkin is an impact player all over the ice. 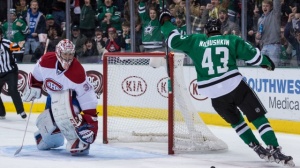 9. Jacob Trouba – The 9th overall pick in the 2012 NHL Entry Draft, Jacob Trouba would likely be much higher on this ladder had he not missed time due to injury.  Surging on a Jets team with a new lease on life thanks to head coach Paul Maurice, Trouba had an astounding January with 4 goals and 10 points.  Now leading all rookies in average ice time, Trouba makes his presence felt with points, shots on goal, hits, and blocked shots.

10. Sean Monahan – On a struggling Calgary Flames team, Sean Monahan has been a bright spot with a team leading 15 goals despite missing time due to injury.  If on a more potent offensive team, as opposed to one who was shutout 5 times over a 7 game stretch, Monahan would surely have more than his 8 assists.  With his team’s offense having turned it around on a 5 game winning streak, Monahan could make a late push for the Calder. 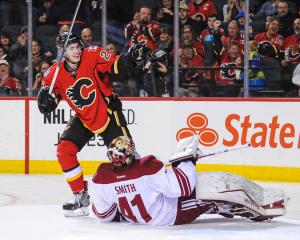