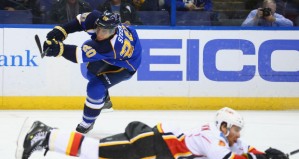 Alex Steen – The Toronto Maple Leafs 1st round draft pick from 2002, Alex Steen is lighting up the NHL like never before in this 2013-14 season.  Steen has a point in all but one game against the upstart San Jose Sharks.  With a league leading 17 goals in just 18 games, keep in mind that his  career high is 24 goals back in 2009.  Most in the hockey world are astonished and in utter amazement at the scoring exploits of the Winnipeg born Alex Steen.

Patrick Kane – Chicago Blackhawks cornerstone piece, Patrick Kane, is forming chemistry with the new young gun Brandons in Saad and Pirri.  After a benchmark 2012-13 season for Kane in terms of points per game, Kane is heating up with a blistering 1.5 points per game over the last two weeks.  There may have to be more injuries like Steven Stamkos, but Kane is a threat for the scoring title. 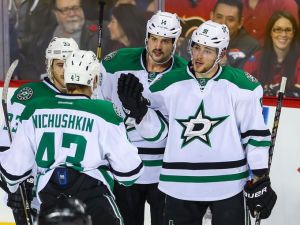 Tyler Seguin & Jamie Benn – New best buds Tyler and Jamie are combining their considerable super powers to form one of the best duos in all the NHL land.  They have been on a rampage over the past week, which was highlighted by a combined 5 goals and 11 points against the lowly Calgary Flames.  With newly minted rookie Valeri Nichushkin joining their line, these two have landed in the top 10 in NHL scoring and are just getting started.

Teemu Selanne – Owner of 678 career goals with 1,437 career points, the Finnish Flash has slowed in scoring over the first quarter.  He did have a good stretch in the 2nd-3rd week, so there is hope he could defy the odds yet again and heat up, but a 60 point season seems like a big stretch.  Here’s to Teemu potting another 22 goals for 700 on his illustrious career.

Alex Semin – After an impressive debut with the Carolina Hurricanes, proving he can do it without Russian pal Alex Ovechkin, Semin has been running dry out the gates this year.  A paltry 3 goals in 20 games simply won’t cut it for a team expecting 30 goals, and hoping for 40.  The entire Canes offense is struggling including the Staal brothers, but don’t be surprised if Eric leads a scoring flurry once again.

Dany Heatley – Dany Heatley’s career has been on a drastic decline over the past 4 years, falling off from studly 40 goal status to a dudly 2 goals in 20 games.  Currently slotted as a 4th line winger! Heatley is a salary drain and steps away from being a contract buried in the minors. 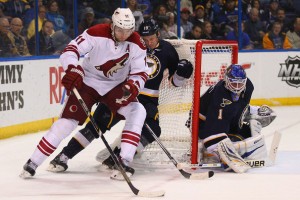 Martin Hanzal – Annual 30 point contributor Martin Hanzal decided to start using his big  6-6 frame to bury the puck into the back of the net.  With a gigantic leap up to point-per-game territory, Hanzal is also a hitting, face-off winning, shooting machine for leagues that count these game impacting stats.  Owned in a very low 30% of Yahoo leagues, go and snatch this key piece of a surprisingly potent Coyotes attack.

Mayson Raymond – A camp tryout earned Mayson Raymond a roster spot to move from West Coast to East Coast Canada.  Raymond seems more comfortable in the blue and white as he is even exceeding his career year for the Canucks with a 0.75 point per game pace.  As long as he continues using his considerable wheels and gets pucks to the net, Raymond will be a contributor. 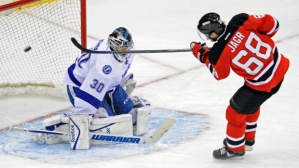 Jaromir Jagr – Father time looks very favourably on Jaromir Jagr as this Czech superstar is chasing after his 700th goal with 7 goals already in this young season.  Even if his pace dips, Jagr is only 12 away with 688 career goals so lets hope we can celebrate another milestone for this 41 year-old timeless, uber talent.  In the meantime, Jagr is the scoring leader for his 5th team in 5 years and is worth a grab since he will be counted on heavily after the departure of Ilya Kovalchuk.